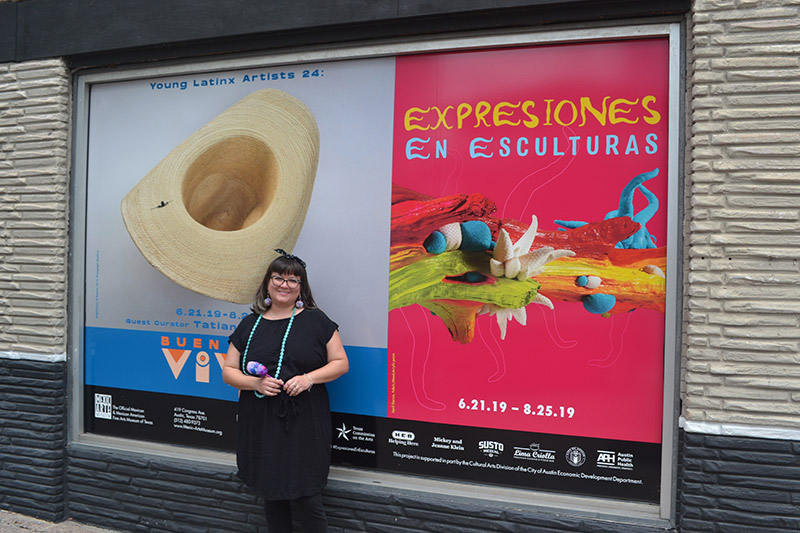 April Garcia (born in San Benito, TX) is an Austin based artist who loves to create soft sculpture art. Using fabric, fiber-fill, needle, and thread, she sews her fabric pieces by hand or with a machine. She sews colorful fabric shapes, attaching one to another until the bulging pieces are balanced with color and pattern. April enjoys allowing her sculptures to grow organically when she is creating. She allows her soft sculptures to morph into what they want to be. Her biomorphic soft sculpture work has an organic abstract look that resembles shapes found in nature or even something that might grow on another planet. She has been creating and exhibiting her art in Austin for twenty years and has several sculpture art pieces in the permanent collection of Mexic Arte Museum. 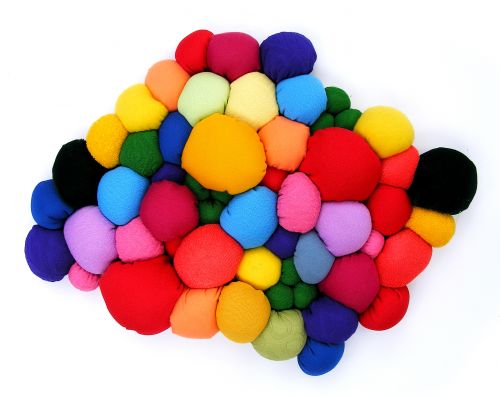